New luxury boutique hotel "Atlantis" *****, located in the center of Rogaška Slatina, was named after the mythological island of Atlantis, which was considered the source of magical energy, the focus of wisdom and virtue.

We want you to feel the color of the past, which is mixed with the present, and discover for yourself the fact that Atlantis is not a myth, but a reality in the modern version of our hotel.

“You probably heard the legends about Atlantis? The Greek philosopher Plato first wrote about the city-state that went under the water. He described the incredible wealth and natural beauty of Atlantis. Unfortunately, scientists have not yet found its traces, but we can Mystical secrets of antiquity will open you the Atlantis Boutique Hotel - and if the ancient Greek philosopher were alive, he would call it a source of inspiration, well-being, relaxed rest and peace.

The past and the present intertwine with each other at every turn. On the one hand, the modern boutique hotel "Atlantis", a place that adheres to the philosophy of equilibrium health of the body, emotions, mind and spirit; on the other - the city of Atlantis, sunk in antiquity, the legendary source of this philosophy. " 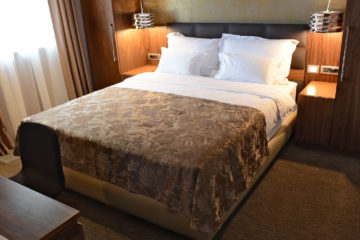 The hotel offers you for a comfortable and high-quality rest in a peaceful atmosphere 61 double rooms of six different types (Superior, Deluxe, Standard, Exclusive - adapted for disabled people, double rooms with French windows). Guests will be enchanted by the beautiful view outside the window. 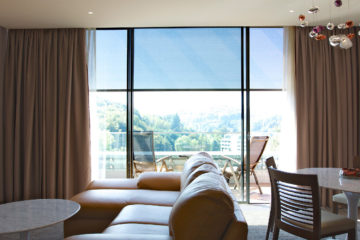 WATER FOR SOUL AND BODY

In our wellness and spa area we will take you back to the basics so that you can feel the very essence of life in your body again. Imagine that you are one of the ancient inhabitants of Atlantis and visited Earth for the first time. Do not deny yourself, relax and relax in our wellness center, in the Finnish and Turkish saunas, in the salt room and in the cozy corners for a massage, dedicate your time to body and face care. Here you can pamper yourself (or let us pamper you!) From 8:00 to 20:00, and Oasis saunas opens its doors at noon.

You can find out more about which cookies we are using or switch them off in settings.

This website uses cookies to give you the best possible user experience. Cookie information is stored in your browser and performs functions such as recognition when you return to our site and they also help us to understand which parts of the website are most interesting and useful to you. You can customize all cookie settings by moving the slider on the left side.

Strictly Necessary Cookie should be enabled at all times so that we can save your preferences for cookie settings.

If you disable this cookie, we will not be able to save your preferences. This means that every time you visit this website you will need to enable or disable cookies again.

The General Data Protection Regulation (GDPR) is a European regulation to strengthen and standardize the data protection of EU citizens. We have also adapted our Privacy Policy for this purpose

The website (Kurort Rogaška) resp. the company (PETI ELEMENT, PODJETJE ZA TURIZEM IN POSREDOVANJE, D.O.O.) is committed to doing business that meets the requirements of the GDPR and all related laws regarding personal data protection.